ET Nov. 8, 2017 | Updated 3:39 p.m. ET Nov. 9, 2017 CONNECT TWEET LINKEDIN 22 COMMENTEMAILMORE A Pennsylvania woman is demanding answers after she says her 12-year-old Bichon was killed by another dog in PetSmart's grooming area.  Betty Miller of Scranton, Pa., said she dropped Brewster off for a grooming appointment at a Dickson City Petsmart, WNEP-TV reported. Shortly after dropping him off, she got a call that Brewster was taken to a Veterinary Referral and Emergency Center after being attacked by another dog. The facility tried to resuscitate Brewster, but efforts were unsuccessful, WNEP-TV reported.  "He was loving," Miller told the station. "He was gentle. He was funny. He was like anti bark a toy, and he loved everyone." Miller said PetSmart's corporate office did not reach out to her family following the incident, and hopes that moving forward there are more safety protocols in place so another dog doesn't meet Brewster's fate.  "We called corporate," Miller told the station. "They did not reach out to us, and I was very angry about that. Why would you want to bring a pit bull past a small dog who's really just bait? He was bait." Petsmart said in a statement that it's investigating the "tragic accident" to see whether any policies or procedures were not followed. 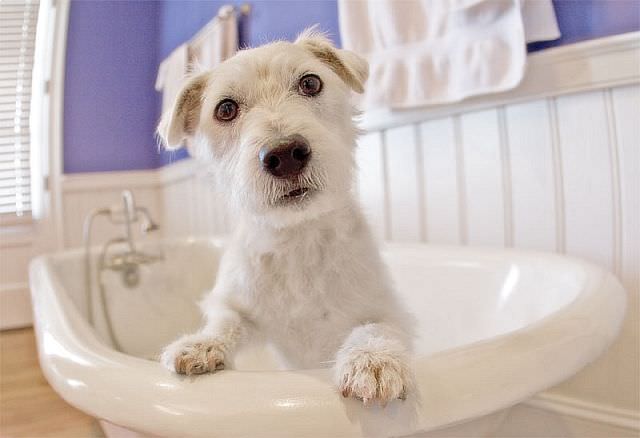